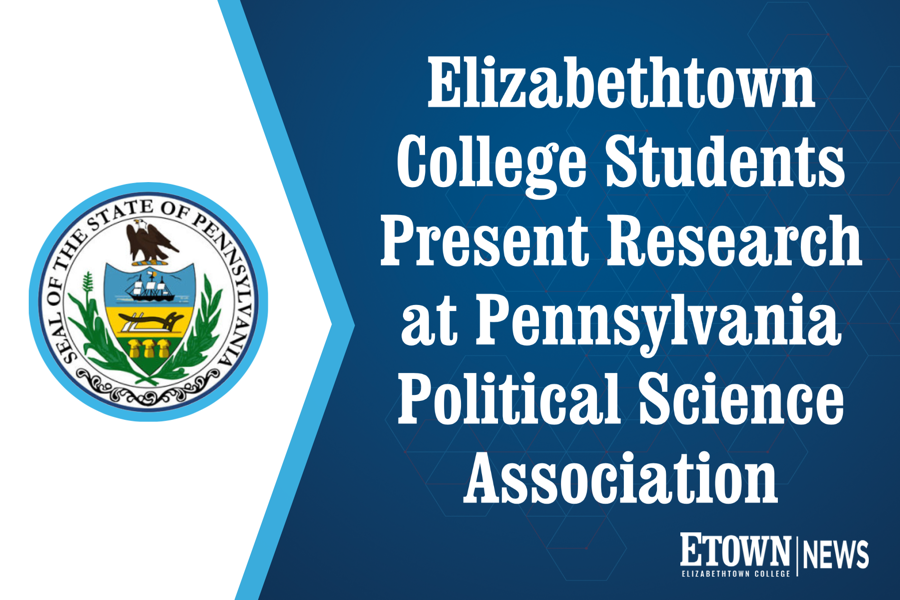 Guscott, Meiser, and Stokes will be defending their papers as part of the requirements for their Honors in the Discipline projects. After graduation, all four students plan to attend graduate school.

“Presenting at the Pennsylvania Political Science Association was a great opportunity!” said Meiser. “It was great to get feedback on my research from scholars within the field of Political Science.”

Guscott, whose paper – The Age of Climate Change – looked at what effect political, economic, and constitutional factors have on the progress of signatories to the Paris Climate Accord, had a similar positive experience presenting at the PPSA.

“One thing I got out of this experience was that it is always a good idea to get as much feedback on your research as possible,” Guscott said. “Having people from outside of your normal “bubble” can allow in new perspectives and ideas and will ultimately help your research become better.”