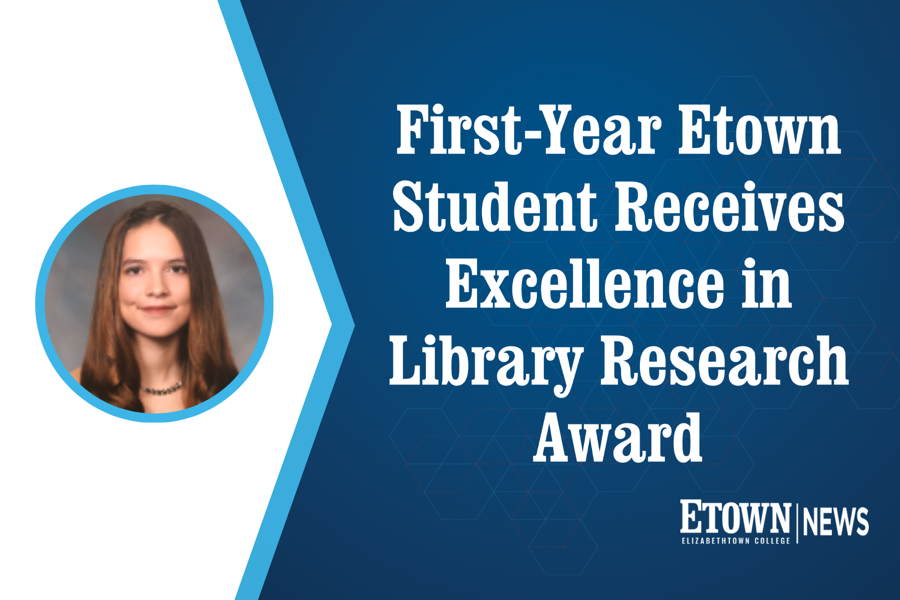 Elizabethtown College’s Lily Harris ‘24 was announced as the winner of this year’s Anna Carper Excellence in Library Research Award. This annual award recognizes the excellent scholarship of First-Year Seminar (FYS) students who make valuable use of the High Library’s research collections and other information sources. The endowed award is named after Anna M. Carper ’41, Librarian of the College from 1960 to 1986.

Harris won for her paper, “Can Whaling in Japan be Justified by Culture?” which she wrote for Associate Professor of Japanese Dr. Nobuaki Takahashi’s First-Year Seminar course. Her paper divulges on the current debate between pro-whalers and anti-whalers. It discusses both sides of the argument and uncovers the reasoning behind the hostility toward Japan’s whaling practices.

Harris is grateful for the support she received from Takahashi during the writing process.

“Dr. Takahashi helped me greatly in the process, and even introduced me to the topic of whaling after I presented some initial ideas,” said Harris. “Along the way, he also helped me verify whether some sources were good for my paper. Without his help, my paper wouldn’t have become what it is now.”

Harris was delighted to learn that she won this year’s Anna Carper Excellence in Library Research Award.

“It’s nice to know that this paper caught other people’s attention, and that the facts and arguments I presented were well enough to earn it,” said Harris. “I spent a lot of time ruminating over how to approach this sensitive topic, and I am glad it was received well.”