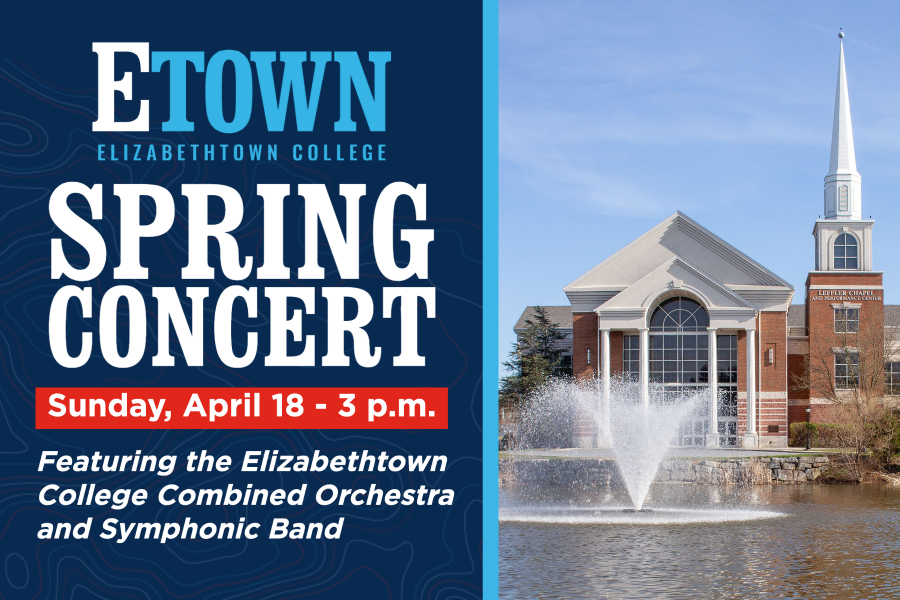 The Elizabethtown College Orchestra and Symphonic Band will perform a combined spring concert in Leffler Chapel and Performance Center on Sunday, April 18 at 3 p.m. The show, which will be live-streamed, will be directed by Associate Professor and Director of Instrumental Studies Robert Spence and feature works by Sparke, Bourgeois, Fuchs, Puccini, Grainger, Jenkins, Sheldon, and Spence. In addition, Gabriella Clarizio and Emily Singer, student winners of the College’s 2020 Concerto Competition, will perform as featured soloists. 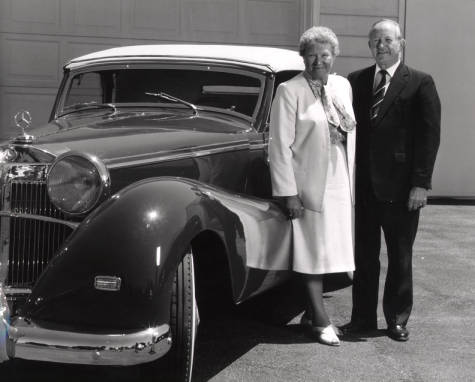 This year’s spring concert is a special one as it marks the 25th anniversary of the dedication of the chapel to Carlos R. and Georgiana E. Leffler. Carlos, who served as a member of the Elizabethtown College Board of Trustees starting in 1968 and was awarded an Honorary Doctorate of Humanities by the College in 1989, served as the head of the capital campaign which led to the funding of the building in 1994. Leffler Chapel and Performance Center was officially dedicated to Carlos and his wife posthumously, in the spring of 1996.

Two pieces have been arranged as a part of the concert to celebrate the anniversary. “Serial” by David Gillingham is a contemporary work that has a brash, metallic sound to it. The piece will be performed in recognition of the architects and laborers who help construct the chapel. “Benedictus” by Karl Jenkins is derived from a mass titled The Armed Man (A Mass for Peace) and is meant to recognize the Leffler family for the wonderful gifts they’ve made to the College. Linda Castagna ’67, the daughter of Carlos and Georgina, and her husband Patrick have funded many of the events and renovations to the chapel, including the annual Leffler Lecture. Linda is an Emeritus Trustee at Etown and was also awarded an Honorary Doctorate of Human Letters in 2003.

The concert will be presented virtually and is open to the public. Guests are invited to view the show using this link: https://youtu.be/c-K3fqrhbFs.