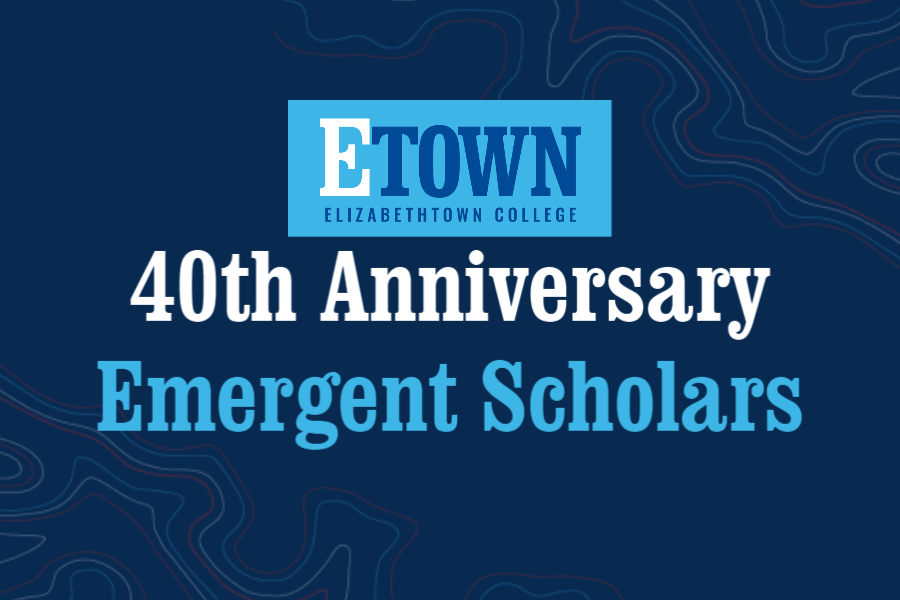 Elizabethtown College’s Emergent Scholars program celebrated its 40th anniversary by recognizing the 2021 recipients at a ceremony on Sunday, March 7.

The academic honor is awarded to undergraduate students who have attained at least a 3.75 cumulative grade point average after the completion of their first three semesters.

In the ceremony’s opening remarks, President Cecilia M. McCormick, J.D. recognized the persistence and adaptability that the recipients have shown. She encouraged them to reflect on how far they have come while showing gratitude toward their mentors and those who helped them along the way.

“Our Emergent Scholars program is meant to showcase those students who go above and beyond each day and who feel the pull to contribute to the world,” said McCormick. “I am truly proud of you and confident we will be hearing much more about each of you and your success not only today but in the future.”

Based on their exceptional academic performance, Emergent Scholars are expected to continue their successful trajectory by leveraging the vast resources provided by Etown, including the continued mentorship by campus community members. Students are provided with contact information for internships and are strongly encouraged to work with the Office of Prestigious Scholarships and Fellowships to explore potential post-graduate educational opportunities that include various scholarship programs.

Emergent Scholars are asked to select a mentor by identifying a faculty or staff member who has provided them with support in achieving academic success to this point.

In previous years, Academic Affairs has hosted an annual springtime luncheon to honor the current year’s class of Emergent Scholars and their mentors. To keep with health and safety protocols, the guestlist for this year’s in-person ceremony was divided into the College’s six undergraduate schools and was not open to outside community members. However, supporters of the Emergent Scholars recipients were provided the opportunity to view the ceremony via a live stream of the event.

History of Emergent Scholars
Previously known as College Scholars, the program was originally created by then-President Mark Ebersole. Students were first recognized for the honor at the 1980-81 opening convocation when a total of 33 recipients processed with the faculty.

The academic honor was changed to Emergent Scholars in 2011-12. A change to the program involved the students now being recognized for this achievement earlier in their careers. This was done to empower Emergent Scholars as they aim to take advantage of their remaining time at Etown, as well as to allow them to serve as role models for their peers.